I will be heading out soon for our Diocese’s annual Parish Life Conference (PLC), this year held near the host parish of St Elias in Sylvania, Ohio. These conferences are beautiful gatherings where a larger part of the Body of Christ gathers for worship, education, fellowship, and to witness to our common devotion to Jesus Christ. This year’s theme is appropriate for the gathering in a unique sense: it defines our gathering by describing what the early Church was doing just after the Day of Pentecost. The theme verse for the conference is Acts 2:42: “And they continued in the Apostles’ teaching, fellowship, the breaking of bread, and the prayers.” This is a verse I became very familiar with years ago when working with colleagues for the reestablishment of a pan-Orthodox, North American Orthodox campus movement, known as Orthodox Christian Fellowship. As we deliberated what OCF’s mission would be, we quickly settled upon a simple one: be the Church on campus. And in order to better describe what we would do, we set the four principal activities of our OCF groups to be the same four activities of that earliest of Churches from the 1st century. These four activities defined that first Church and they define the gathering of our faithful from our Diocese at the PLC, because they define every manifestation of the Church. In fact, when any of the elements are missing, we have to question whether the Church has actually gathered. 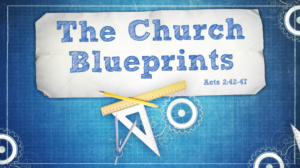 What, exactly, are these four elements? They begin first with the Apostles’ teaching. Interestingly, they don’t say “Jesus’ teaching,” but that’s because for the earliest Christians the only way to know Jesus’ teaching was to listen to the teachings of those who were most closely familiar with His. The Apostles’ teaching defined true Christian belief then, it defined it through the centuries, and still defines the truth today. This idea has been lost on much of contemporary Christianity where, for example, worship styles are defined by what is most entertaining. This is but one example of what happens when the Apostles’ teaching does remain the bedrock of the Faith.

Fellowship within the context of Christianity has always meant more than simply friendly relationships. It was that, but based on the other three elements: common adherence to true teaching,

the sharing in Holy Communion and joining in worship appropriate to our Almighty God. Just as the other three elements are crucial to authentic Christianity as a whole, true fellowship is always formed by the uniting of the members of the Body of Christ, who join with each other–who commune–by partaking of His Body, and together worship the Holy Trinity and live in the loving relationships these actions engender.

At the end of Luke’s Gospel, two of the Apostles walking along the road to Emmaus after Christ’s resurrection encounter Christ but don’t recognize Him until they sit with Him that evening while He breaks bread with them, just as he did during the “Last Supper”. (And here lies the message:) Joining with Christ and each other through the sacrament of Holy Communion has always been the binding tie which knits the members of the Body of Christ together.

Good translations will always render the last part of Acts 2:42 as “the prayers”. Modern translators unfamiliar with liturgical traditions often drop the “the” but this is not an authentic translation of the original text. The early Christians, just like their Jewish ancestors, always practiced liturgical worship, based mainly on the hymns we know as the Psalms and other parts of Holy Scripture. Like the worship of the Temple in Jerusalem, earthly worship sought to emulate Heavenly worship.

We live in a time when not only secular culture has moved farther from solid theological ground but even the culture of many “Christian churches” find themselves bent more on innovation than the Tradition given to us by Christ.  The “Apostles teaching“ is often now replaced by whatever theological fad that tickles the pastor’s fancy. Fellowship, void of its sacramental essence and unifying experience of liturgical worship, has come to mean camaraderie with people of common interests. The Breaking of the Bread, if practiced at all, is an infrequent “special experience”. And “the prayers“ have been replaced by well-meaning but often inane lyrics set to catchy tunes.

I don’t say any of this in judgment of our brothers and sisters who attend churches like this, as this is usually all they know, and their intentions usually exceed our own. With what little they have

of true Christian tradition, they often do more than many Orthodox believers. But our humble attempts at following our Orthodox Faith are perhaps more crucial than ever in these theologically-changing times. The Apostles’ teaching, fellowship, the Breaking of the Bread, and the prayers are just as definitive of true Christianity now as they were in the earliest days of the Christian faith. While we Orthodox can rightly speak of how modern forms of Christianity have drifted from the original authenticity that is still maintained in our Tradition, it is much more important that we rededicate ourselves to that Tradition and maintain it not only in theory but in practice.

It has been commented that “there’s a lot going on in our parish,” and sometime I hear “there’s too much going on in our parish.” How do we know if what we are doing as a parish is appropriate? Are we doing too much? Too little? Does our activity reflect our stated priorities? There’s only one authentic way to know: we should measure our participation in learning “the Apostles’ teaching, fellowship, the Breaking of the Bread, and the prayers”. I would dare say a fair reckoning of our activity against those standards would demonstrate that as busy as we might feel, we have much growth yet to accomplish. As wrong as it is for non-Orthodox Christians to define their Christianity by their own whims, it would be a greater sin for us to do the same. We don’t define Faith for God; He defines it for us.

Those of us heading to Sylvania this week will be invited to spend the next few days reflecting and living these essential elements of Christian Faith, but all of us ought reflect on how we might work together to make this eternal definition of true Faith more a reality in our community. The early Church lived this Faith because they saw it not just as an aspect of life, but life itself. So let’s reflect on these, let’s grow in the Apostles’ teaching, fellowship, the Breaking of the Bread, and the prayers so that we, too, can truly live.